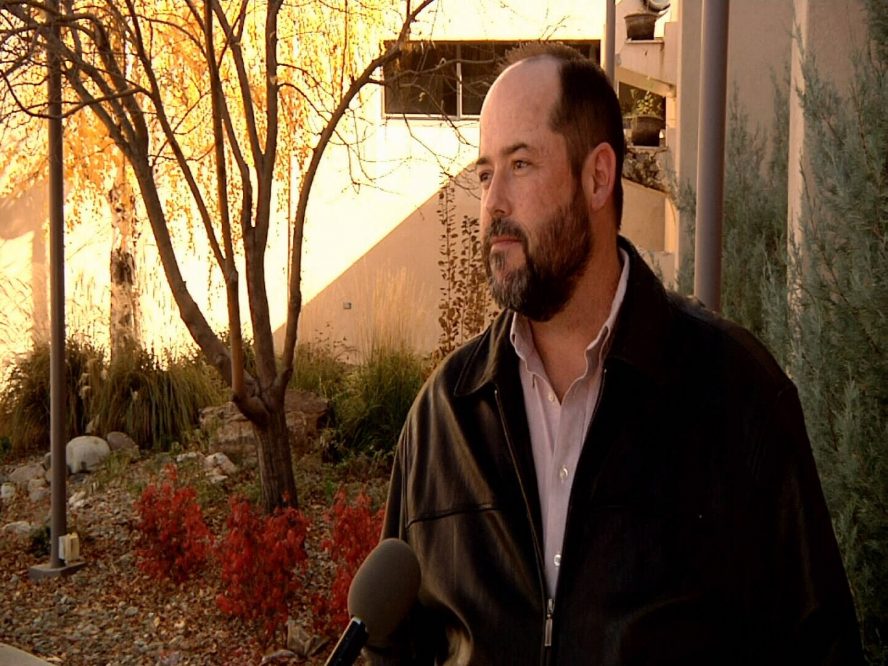 A decade ago he was serving hard time for murder, but today a La Junta native has been elected to the East Otero School Board. Thomas Seaba won an at-large seat in this year’s election by nearly 11 percentage points over the next closest candidate.

He pleaded guilty to a charge of Second Degree Murder in connection with the shooting death of another man in North Carolina back in 1997. Seaba served 13 years and a month behind bars before being released in 2010.

“It’s a part of me that I think of every single day,” Seaba said. “It’s something that I don’t publicly address. Who goes around talking about the worst moments of their life?”

Seaba moved home to La Junta after his release from prison and was hired as a landscaper in the City Cemetery. He’s been promoted twice, most recently as the head of the water and wastewater department. His wife Julie is a teacher in town. Seaba said he ran for the school board because he wants to give back to his community.

“It’s my hometown, born and raised here and I love this community, I love the valley.”

Seaba’s story is certainly surprising, but should it be?

“I respect him and I think that takes a lot of courage,” said Margaret Browne. She volunteers with a prison out group called Alternatives to Violence Project which teaches inmates how to handle their emotions without hurting themselves or someone else.

According to Department of Corrections Data, around 10,000 inmates are released from Colorado prisons every year. Browne said they face big challenges in re-entering society. A felony conviction can be like a scarlet letter, making it difficult to get a job or find a place to live.

“I think this is really a marginalized portion of our society,” Browne said.

“To me, it’s just a natural extension of the community volunteerism and service that I’ve tried to conduct the majority of my life.”

Seaba and the other three winning school board candidates are expected to be sworn into office later this month once the election is certified.